Have you ever wondered how street lights automatically turn on at night and automatically off in the morning? Is anyone going to TURN ON/OFF these lights? There are a few ways to turn on street lights but the following circuit describes the Automatic Road Light Control Circuit that uses LDR perform this function automatically.

The circuit diagram here is that automatically switches on at night and then shuts off when the sun rises. In fact you can use this circuit to make any type of automatic night light. In This article you can learn How to make automatic street light controller circuit at home.

The circuit uses a Light Depended Resistor(LDR) to sense the light . When there is light the resistance of LDR will be low. So the voltage drop across the Resistor R2 will be high. This keeps the transistor Q2(BC557) OFF. The collector of Q2 is coupled to base of Transistor Q1(2N2222). So Q1 will be OFF and so do the LED will remain OFF.

When night falls the resistance of LDR increases voltage drop across the Resistor R2 will be Low and Resistor R2 gives the voltage to Transistor Q2’s Base and Transistor will on. This makes transistor Q2 ON which in turn makes Q1 ON. The LED’s will glow. 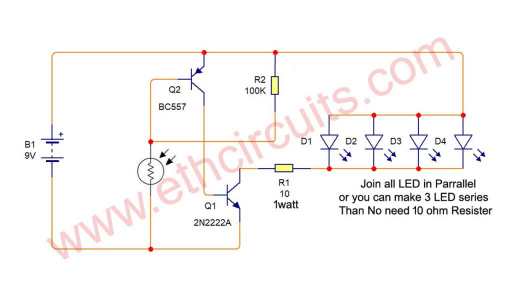 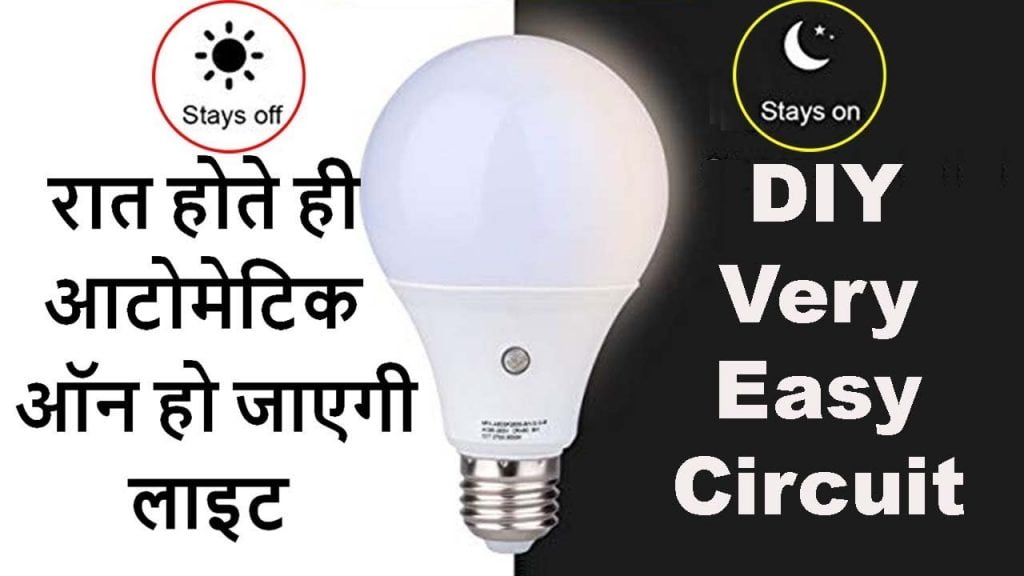 This circuit automatically turn on at night and turn off at day time. Finally, after searching through numerous circuits the internet, I figured that an effective, small and cheap circuit could be designed with ease.  Read More… 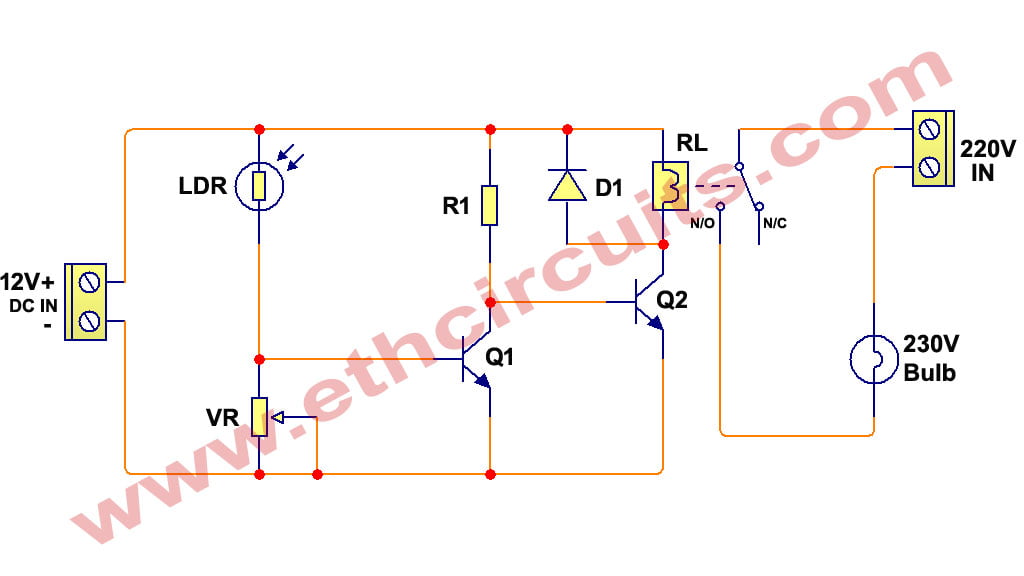 When sunlight falls on the LDR it becomes a strong resistance factor and allows bias to emerge on the Q1 base and Q1 to turn ON so there is no bias on the Q2 base so Q2 stands in a closed position. If there is no light on the LDR it becomes a High resistance and there is no bias from Q1 base, which is why Q1 is CLOSED and then bias from R1 appears on the Q2 base and then OPEN which is why the Relay coil receives supply and on and Make (N / O) contact closed and bulb glow.